As we move into the summer holidays we thought it would be useful to give you some dates for your diaries so that you do not miss out on the upcoming tournaments and events at the club.

Even though the club championships are over for another year there are still plenty of opportunities to play competitive tennis at RPRLTC. Here are some dates of upcoming tournaments and do not forget that the popular box leagues return this month. If you are interested in joining please contact Mike Smith on 07962 121786.

And although the committee now takes a break for the summer they will be back in September with a full agenda to plan for the future of the club so please get in touch if you feel you want something discussed or have ideas for how to improve the club.

Finally, the Saturday Junior Club is now on summer break so courts 1,2 and 3 are available to members between 9am and midday.

Enjoy the summer from all on the committee and we look forward to seeing you on the courts and don't forget the regular social tennis sessions on Wednesday evenings, Tuesday and Thursday mornings and Saturday and Sunday afternoons.

August 25 American tournament starting at 10am

September 5 Next committee meeting at 7.30pm

October 4 American tournament, starting at 10am

Congratulations to the winners of this year's finals which were played at the club on July 16 and thanks to everybody who turned up to watch and enjoy the barbeque.

The weather was great and the tennis was even better with some very close matches.

The men's singles was won by Neville Atwood and the new ladies champion is Louise Field. 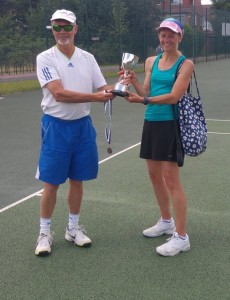 In the doubles, new member Alex Mansfield teamed up with Jacek Kruzyna to beat Warren De Villiers and another new member Alfredo Aceituno. 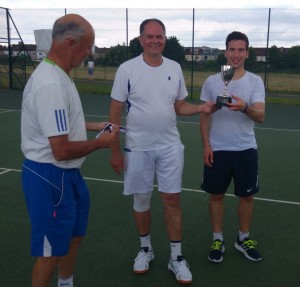 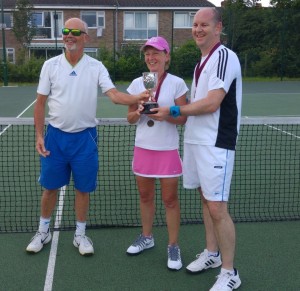 Thanks for everyone who came to our Open Day and made it such a success. We had a total of 16 new members sign up and lots more who attended the coaching sessions.

We will be running a new 6-week course for some new members who are returning to tennis after a break from the game or have not played before. Under Jose's guidance six new members will be taken through the basics of the backhand and forehand and taught how to serve between noon and 1pm every saturday and recieve a new racket at the end of the sessions. These Tennis Express sessions are sponsored by the LTA and aim to give beginners the confidence to get involved with the club.

We also have six new juniors who will be joining our Saturday club and the weekday Premier Tennis courses.

So a big welcome to all those who signed up today and I hope you enjoyed the day. Remember we run a number of social tennis sessions every saturday and sunday afternoon, wednesday evening and tuesday and thursday mornings. These sessions are oen to all abilities and are a way of meeting other members and finding players of your abilitiy to match up with in the future.

And finally a big thank you to Olivier for keeping everybody fed with the barbeque.

Congratulations to all the juniors who competed in today's tournament. Despite a rain-interrupted morning all the players worked really hard and played with great enthusiasm so thank you to all the children for being so good natured and making the tournament such a success and to all the patient parents who stuck around to make sure all the games were completed.

We are planning to run more junior tournaments later in the year so keep an eye on emails as we will be contacting parents after the summer. A reminder that next week July 9 is the last Saturday coaching session because the following Saturday is the club championship finals and then we break up for summer.

The winners and runners-up were as follows:

8 and under
Winner Arnav and runner-up Timothy. 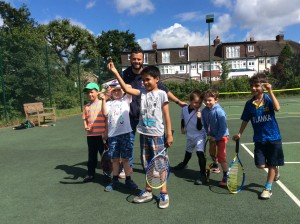 9 and under
Winner Darius and runner-up Adam. 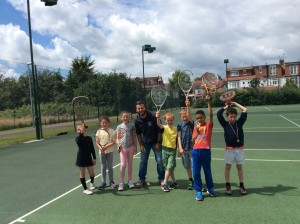 10 and under
Winner Raphael and runner up Alexander. 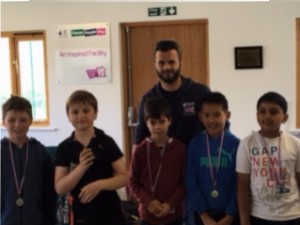 16 and under
Winner Ruben and runner up Viren. 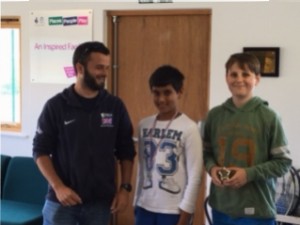