The finals day on the 18th July was very successful with a number of close sets, and was blessed by perfect weather conditions. The day started with the Ladies' final on which, despite a valiant and determined effort by Nicky, Saidhanya won a closely fought match which, like a number of matches during the day, went to championship tie-break, 3-6, 6-3, 10-6.

This was followed by the Men's in which Saidhanya's brother Arunan was less successful than his sister and was beaten by Nick in straight sets in a match of high quality, though it was much more closely fought than the score suggests. In the Junior Exhibition Doubles match which followed, Sebastian and Amber beat Ruben and Caitlin. 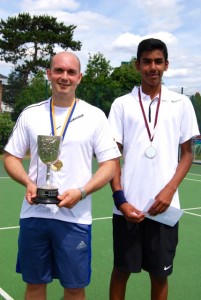 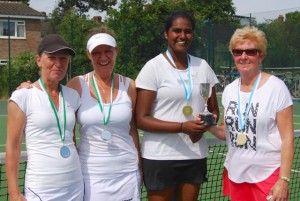 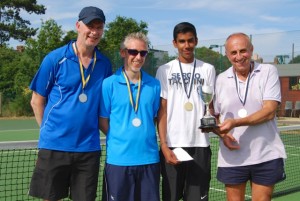 The day concluded with a straight sets win for Mike and Nicky over Nigel and Handan, 7-5, 6-2. 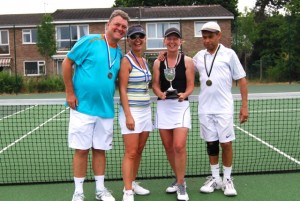 During the afternoon a barbecue kept members and visitors supplied with a constant supply of food. Overall the day was highly enjoyable and attended by a good number of members.

On Sunday 5th July we had another Open Day at which a range of activities including free coaching took place. There was also a barbecue in operation and special offers for discounted membership and further free coaching were available. The event was a great success with nearly 40 new members, both senior and junior, joining and many taking up the coaching offers. Many thanks are due to all the members who worked so hard during the day, with particular thanks to the coaching team operating under head coach Jose Marquez.